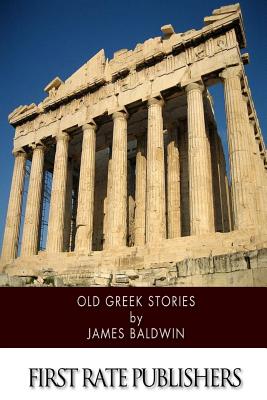 From the preface: "Perhaps no other stories have ever been told so often or listened to with so much pleasure as the classic tales of ancient Greece. For many ages they have been a source of delight to young people and old, to the ignorant and the learned, to all who love to hear about and contemplate things mysterious, beautiful, and grand. They have become so incorporated into our language and thought, and so interwoven with our literature, that we could not do away with them now if we would. They are a portion of our heritage from the distant past, and they form perhaps as important a part of our intellectual life as they did of that of the people among whom they originated. That many of these tales should be read by children at an early age no intelligent person will deny. Sufficient reason for this is to be found in the real pleasure that every child derives from their perusal: and in the preparation of this volume no other reason has been considered. I have here attempted to tell a few stories of Jupiter and his mighty company and of some of the old Greek heroes, simply as stories, nothing more. I have carefully avoided every suggestion of interpretation. Attempts at analysis and explanation will always prove fatal to a child's appreciation and enjoyment of such stories. To inculcate the idea that these tales are merely descriptions of certain natural phenomena expressed in narrative and poetic form, is to deprive them of their highest charm; it is like turning precious gold into utilitarian iron: it is changing a delightful romance into a dull scientific treatise. The wise teacher will take heed not to be guilty of such an error. It will be observed that while each of the stories in this volume is wholly independent of the others and may be read without any knowledge of those which precede it, there is nevertheless a certain continuity from the first to the last, giving to the collection a completeness like that of a single narrative. In order that the children of our own country and time may be the better able to read these stories in the light in which they were narrated long ago, I have told them in simple language, keeping the supernatural element as far as possible in the background, and nowhere referring to Jupiter and his mighty company as gods. I have hoped thus to free the narrative still more from everything that might detract from its interest simply as a story.