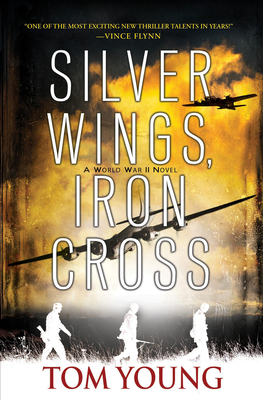 Lieutenant Karl Hagan earned his wings the hard way. But when his plane is shot down behind enemy lines, he's forced to make the hardest decision of his life: trusting the enemy.

Oberleutnant Wilhelm Albrecht wore his Iron Cross with pride. But when his U-boat is attacked in a devastating air raid, he abandons ship and finds an unlikely ally: the pilot who bombed him.

It is November of 1944. The tides of war have turned. Allies have taken back France, and German troops have retreated. But for Karl and Wilhelm, the war is far from over. Each must be prepared to lie for the other, fight for the other, or die with the other. But their short-lived alliance won't truly be put to the test until they reach the end of the line--inside a POW camp...

Tom Young is the highly acclaimed author of historical fiction and military thrillers. He served in Afghanistan and Iraq with the Air National Guard and logged nearly 5,000 hours flying missions in Bosnia, Kosovo, Latin America, the horn of Africa, and the Far East. His military honors include three Air Medals, three Aerial Achievement Medals, and the Air Force Combat Action Medal, and he retired from the military as a Senior Master Sergeant. In civilian life, Young spent ten years as a writer and editor with the broadcast division of the Associated Press, and he works as an airline pilot based at Reagan National Airport near Washington, D.C. He is a member of The National Press Club, The Authors Guild and International Thriller Writers, and is a vice commander of American Legion Post 20. More information about Tom Young and his work can be found online at TomYoungBooks.com.