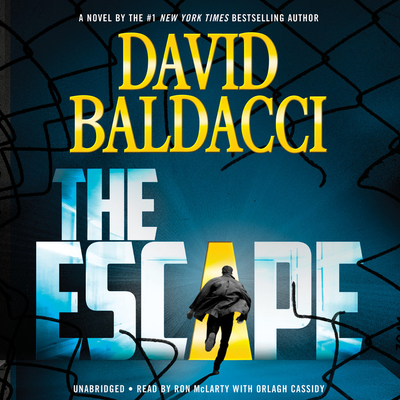 "One of the most compelling characters in David Baldacci's thrillers is John Puller, a crackerjack investigator of military crimes...Twists and turns come fast and furious in the best Baldacci tradition. The Escape is much more than a thriller. It's a moving tale of two military brothers and their father, a retired Army general and fighting legend now suffering from dementia. Emotionally intense, The Escape is Baldacci's best to date."—Associated Press

"A heck of an opening chapter, guaranteed to jettison readers into hours of addictive reading...Baldacci's last few books have been among the best in his long, busy career, and The Escape stands near the top for sheer adrenalin-fueled entertainment. It's alarmingly topical, too, taking us into the intelligence community and raising questions about privacy rights in the age of government surveillance and other buzz-worthy issues (no spoilers here). Indeed, the crime at the center of The Escape could have been pulled from recent newspaper headlines. Who says thrillers have to be the stuff of escapist fantasies?"—Richmond Times-Dispatch

"A phenomenal read, as usual, from David Baldacci--don't miss it!"—BookLoons.com

"David Baldacci has never been better than in 'The Escape.'"—Providence Journal