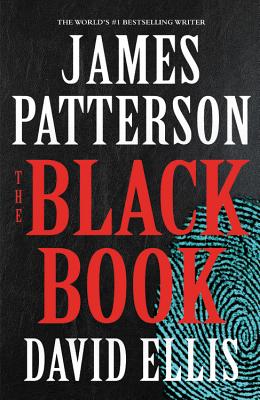 By James Patterson, David Ellis
$15.99
Email or call for price.

James Patterson received the Literarian Award for Outstanding Service to the American Literary Community at the 2015 National Book Awards. Patterson holds the Guinness World Record for the most # 1 New York Times bestsellers. His books have sold more than 325 million copies worldwide. He has donated more than one million books to students and soldiers and has over four hundred Teacher Education Scholarships at twenty-four colleges and universities. He has also donated millions to independent bookstores and school libraries.

Praise for THE BLACK BOOK:
—-

"Brilliantly twisty...Many readers will agree with Patterson that this is the 'best book [he's] written in 25 years.'"
—Publishers Weekly (Starred Review)

"The mystery is authentic, the lead-up genuinely suspenseful, and the leading characters and situations more memorable than Patterson's managed in quite a while."
—Kirkus

"It's almost as thrilling to see a writer like James Patterson at the top of his game as it is to read THE BLACK BOOK--a total page-turner that will keep you guessing from start to terrifying finish."
—Karin Slaughter

"THE BLACK BOOK has more twists than a Formula One race, and the pace is just as fast. Deeply rooted characters, a touch of humor, and a climax nobody can see coming--it's vintage Patterson."
—Brad Taylor