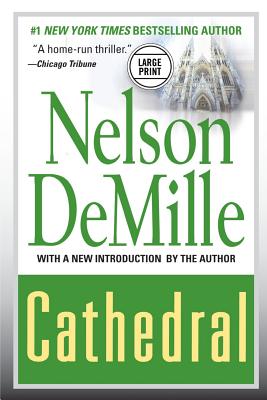 St. Patrick's Day, New York City. Everyone is celebrating, but everyone is in for the shock of his life. Born into the heat and hatred of the Northern Ireland conflict, IRA man Brian Flynn has masterminded a brilliant terrorist act - the seizure of Saint Patrick's Cathedral. Among his hostages: the woman Brian Flynn once loved, a former terrorist turned peace activist. Among his enemies: an Irish-American police lieutenant fighting against a traitor inside his own ranks and a shadowy British intelligence officer pursuing his own cynical, bloody plan. The cops face a booby-trapped, perfectly laid out killing zone inside the church. The hostages face death. Flynn faces his own demons, in an electrifying duel of nerves, honor, and betrayal.

Nelson DeMille is a former U.S. Army lieutenant who served in Vietnam and is the author of nineteen acclaimed novels, including the #1 New York Times bestsellers Night Fall, Plum Island, The Gate House, The Lion, The Panther and Radiant Angel. His other New York Times bestsellers include The Charm School, Word of Honor, The Gold Coast, Spencerville, The Lion's Game, Up Country, Wild Fire, and The General's Daughter, the last of which was a major motion picture. For more information, you can visit NelsonDeMille.net.