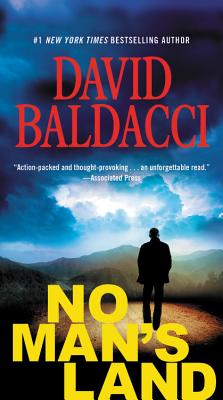 By David Baldacci
Email or call for price.
Not Available at This Time

After his father is accused of murder, combat veteran and Special Agent John Puller must investigate his past and learn the truth about his mother in this New York Times bestselling thriller--but someone hiding in the shadows wants revenge.

John Puller's mother, Jackie, vanished thirty years ago from Fort Monroe, Virginia, when Puller was just a boy. Paul Rogers has been in prison for ten years. But twenty years before that, he was at Fort Monroe. One night three decades ago, Puller's and Rogers' worlds collided with devastating results, and the truth has been buried ever since.

Military investigators, armed with a letter from a friend of Jackie's, arrive in the hospital room of Puller's father-a legendary three-star now sinking into dementia-and reveal that Puller Sr. has been accused of murdering his wife.

Aided by his brother Robert Puller, an Air Force major, and Veronica Knox, who works for a shadowy U.S. intelligence organization, Puller begins a journey that will take him into his own past, to find the truth about his mother.

Paul Rogers' time is running out. With the clock ticking, he begins his own journey, one that will take him across the country to the place where all his troubles began: a mysterious building on the grounds of Fort Monroe. There, thirty years ago, the man Rogers had once been vanished too, and was replaced with a monster. And now the monster wants revenge. And the only person standing in his way is John Puller.

"[A novel of] dramatic depth and intensity...an unforgettable read...Action-packed and thought-provoking."
—Associated Press

"Be prepared for an action-packed ride... Baldacci once again partners [John Puller] with Veronica Knox, making for a lethal and legendary combination. Anticipation intensifies on each page."
—RT Book Reviews (4 1/2 stars--Top Pick!)

"This thriller, featuring U.S. Army criminal investigator John Puller, has a very plausible theme with a compelling and action-packed plot....[A] riveting and heart-wrenching story...NO MAN'S LAND is an edge-of-your-seat thriller. Readers will be hooked from page one."
—Military Press

"David Baldacci is one of America's favorite mystery writers, and he has earned that adulation fair and square. He is constantly turning out one readable and enjoyable adventure after another. His latest novel NO MAN'S LAND is his fourth John Puller story and it is a good one. It is fast reading from the start as the pages grab the readers' interest and off they go."
—Huffington Post

"This fast-paced ride will leave you guessing until the last page."
—Virginia Living