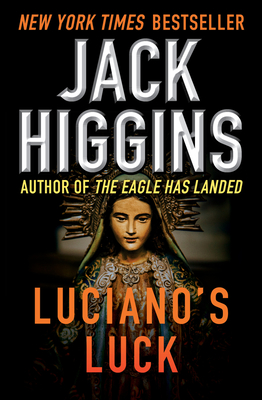 From the New York Times-bestselling author of The Eagle Has Landed and Dark Justice comes the World War II legend of American gangster Charles "Lucky" Luciano. It's 1943 and war is raging. The key to America and the Allies' first assault on Nazi-occupied Europe is the island of Sicily. But it is unknown whether the Sicilian people are willing to rise up and fight alongside the Allies. To secure their help, the US military turns to imprisoned mobster Lucky Luciano--the one man with the connections to the all-powerful Sicilian mafia that could change the course of the war in Italy. The price for his help? Nothing short of a full pardon. Sent in secret to Sicily, Luciano must use every bit of guile and ruthlessness he has to convince his underworld brethren to make a stand against the fascists who have overrun their land. If successful, his mission will pave the way for a full-scale invasion of Italy and aid the Allies in breaking Hitler's grip on Italy. But if he fails, the price in blood will be higher than anyone can imagine--and Luciano's will be the first spilled. For decades, author Jack Higgins has kept millions of readers around the world glued to the page with his breakneck pacing and shocking plot twists. Here, he takes the true story of the near-alliance between the US government and the mob during World War II to an explosive climax.