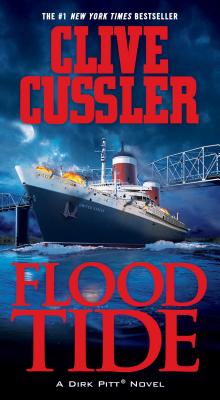 By Clive Cussler
$9.99
In Our Warehouse - Expected arrival in 2-5 days

AN UNDERWATER GRAVEYARD IN THE PACIFIC NORTHWEST...A MYSTERIOUS SEAPORT IN THE LOUISIANA BAYOUS...A DIABOLICAL PLOT TO DESTROY AMERICA!

When NUMA agent DIRK PITT® rescues a beautiful undercover agent in a daring underwater operation at Orion Lake, just north of Seattle, he confronts a sinister network run by Qin Shang, a ruthless smuggler who sells Chinese immigrants into slavery. Shang's campaign contributions have bought him a collection of powerful U.S. politicians, but Pitt is not a man to be subverted by politics. As he moves to probe Shang's mystifying seaport in the Louisiana bayous, his investigation involves him in an adrenaline-pumped race up the Mississippi River and a desperate dash to recover sunken Chinese treasures lost half a century before. And in Qin Shang, Pitt faces ones of his most formidable foes -- a madman bent on killing thousands of innocent civilians with a catastrophic surge of mass destruction.

Clive Cussler (1931–2020) was the author or coauthor of over eighty books in five bestselling series, including DIRK PITT®, THE NUMA FILES®, THE OREGON FILES ®, AN ISAAC BELL ADVENTURE ®, A SAM AND REMI FARGO ADVENTURE ®, and A KURT AUSTIN ADVENTURE ®. His nonfiction works include Built for Adventure: The Classic Automobiles of Clive Cussler and Dirk Pitt, and Built to Thrill: More Classic Automobiles from Clive Cussler and Dirk Pitt, The Sea Hunters and The Sea Hunters II; these describe the true adventures of the real NUMA, which, led by Cussler, searches for lost ships of historic significance. With his crew of volunteers, Cussler discovered more than sixty ships, including the long-lost Civil War submarine Hunley.