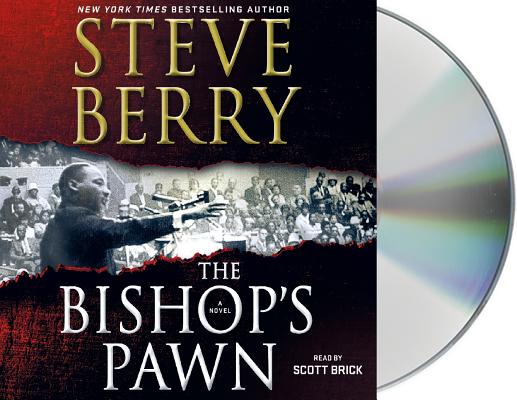 By Steve Berry, Scott Brick (Read by), Kevin R. Free (Read by)
Email or call for price.
Not Available at This Time

History recalls that the ugly feud between J. Edgar Hoover and Martin Luther King, Jr. — marked by years of illegal surveillance and the accumulation of secret files — ended on April 4, 1968, when King was assassinated by James Earl Ray. But that may not have been the case.

It all turns on an incident from eighteen years ago, when Malone, as a young Navy lawyer, was trying hard not to live up to his burgeoning reputation as a maverick. When Stephanie Nelle, a high-level Justice Department lawyer, enlists him to help with an investigation, he jumps at the opportunity. But he soon discovers that two opposing forces, the Justice Department and the FBI, are at war over a rare coin and a cadre of secret files containing explosive revelations about the King assassination — information that could ruin innocent lives and threaten the legacy of the civil rights movement’s greatest martyr.

Malone’s decision to see it through to the end — from the raucous bars of Mexico, to the clear waters of the Dry Tortugas, and ultimately into the halls of power within Washington D.C. itself — not only changes his own life, but the course of history.

Steve Berry always mines the lost riches of history; in The Bishop's Pawn he imagines a gripping, provocative thriller about an American icon.

"Scott Brick continues to bolster his status as one of the best narrators of international thrillers with his excellent reading of Berry's latest...Brick easily negotiates his way through this complex plot, his confident delivery keeps the suspense high while bringing a solid reality to a story that often walks a fine line between the believable and the improbable." — Publishers Weekly on The Venetian Betrayal

"Narrator Scott Brick's smooth voice flows with the twists and turns of Berry's political thriller...Secrets unravel, and tensions rise as Brick shifts vocal focus from the historical secret society to contemporary conspirators who include corrupt politicians and judges." — AudioFile Magazine on The Lost Order

STEVE BERRY is the New York Times and #1 internationally bestselling author of fifteen Cotton Malone novels, four stand alones, and several works of short fiction. He has 25 million books in print, translated into 40 languages. With his wife, Elizabeth, he is the founder of History Matters, which is dedicated to historical preservation. He serves as an emeritus member of the Smithsonian Libraries Advisory Board and was a founding member of International Thriller Writers, formerly serving as its co-president.