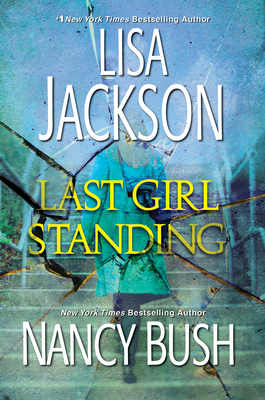 By Lisa Jackson, Nancy Bush
$8.99
In Our Warehouse - Expected arrival in 2-5 days

New York Times bestselling Sisters of Suspense join forces for a gripping standalone novel about a clique of popular girls whose high school friendship is marked by a tragedy that continues to haunt them decades later. Jackson and Bush take the reader’s hand and twist them through this shocking tale of suspense.

“An increasingly tense race to find who’s doing the killing—and who’s going to survive.”
—The Oregonian

Whose turn will it be next?

At Bristol High they were an elite clique known as the Five Firsts: Amanda, Bailey, Carmen, Delta and Zora . . . ABCD & Z. They could have accepted their classmate, Emmy, as "E", but with her bookish disposition and her embarrassing status of scholarship student to boot, they rejected her and chose wealthy Zora instead.

At a pre-graduation party just before the end of senior year, Lance Ventura, the hottest guy in school, falls down an embankment toward the river and is barely rescued in time to save his life. One of the Five Firsts, Carman, rushes to save him, but isn't so lucky. Her sudden death causes a community to mourn and rumors of foul play to swirl, but the tragedy is ruled an accident.

Fast forward ten years and the classmates all meet again at the high school reunion. Some of them have had good fortune in their lives. Others, not so much.

“Superb . . . a masterpiece of romantic suspense.”
—Publishers Weekly (starred review) on Something Wicked

“A chilling thriller with enough false leads to keep readers enthralled to the finish.”
—Library Journal on One Last Breath

LISA JACKSON is the #1 New York Times bestselling author of more than seventy-five novels, including Envious; Paranoid; Liar, Liar; One Last Breath; You Will Pay; After She’s Gone; Close to Home; Tell Me; Deserves to Die; You Don’t Want to Know; Running Scared; and Shiver. She has over thirty million copies of her books in print in nineteen languages. She lives with her family and three rambunctious dogs in the Pacific Northwest. Readers can visit her website at www.lisajackson.com and find her on Facebook.

“An increasingly tense race to find who’s doing the killing—and who’s going to survive.”
—The Oregonian

Outstanding Praise for the Collaborations of Lisa Jackson and Nancy Bush:

"Combining their considerable talents, sisters Jackson and Bush have penned a chilling thriller with enough false leads to keep readers enthralled to the finish."
—Library Journal

"Definitely one you don’t want to read alone at night."
—Library Journal