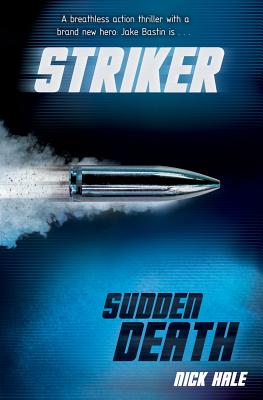 By Nick Hale
Email or call for price.
Not Available at This Time

This is book number 1 in the Striker series.

The first in a thrilling new action series combining international football and international espionage Meet Jake Bastin—talented teenage footballer, son of England's top coach, and last line of defense against international terrorism. He is Striker. Jake's dad has been posted to Russia to train Igor Popov's all-star team. No expense has been spared to lure the best talent in the world to St. Petersburg, including American goal scoring sensation Devon Taylor. But people are being killed—a football scout, a journalist, and an eco-scientist are all murdered within days of one another, and Jake's dad is always at the scene of the crime. Torn between loyalty to his father and the power of the Russian mafia, Jake must use his striker instincts to bring the bad guys down. But what if the bad guy is his own father?

Nick Hale combines his passion for football, James Bond, and writing in the Striker series.

"With plenty of sports terminology and facts, this novel seems particularly designed to appeal to footie fans."  —School Library Journal

"The use of some soccer terminology won’t deter the less sporty from being swept along with Jake’s adventures in Nick Hale’s Sudden Death." — School Library Journal