With Lee in Virginia (Compact Disc) 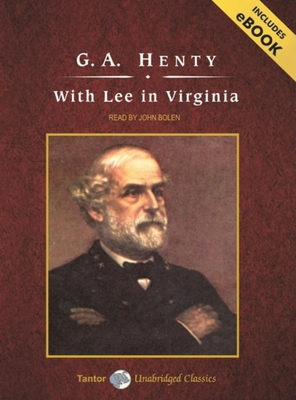 In G. A. Henty's heroic clash of opposing conviction, Vincent Wingfield, a young spirited teenager and heir to a southern slave plantation, bravely proves his sympathy for brutally treated slaves and becomes a staunch supporter of slaves' rights. But, with the onset of the Civil War, Wingfield's fidelity to the state of Virginia leads him to serve under Robert E. Lee's cavalry and fight for the Confederacy. Through his courage and readiness, he survives hairbreadth escapes, attempts on his life, and two imprisonments. Henty provides an intriguing insight into the war's famous battles, the characters of Robert E. Lee and his lieutenants, and the vast complexities of the saddest conflict in the history of the United States.

Dubbed the ""Prince of Storytellers"" and ""The Boy's Own Historian,"" George Alfred Henty is considered a Victorian literary phenomenon.

John Bolen brings his extensive theater, film, and television experience to audiobooks. His recent television appearances include "CIA: Masters of Deception" on the Discovery Channel, and his recent film work includes "The Land" and "The Inn Outside the World."