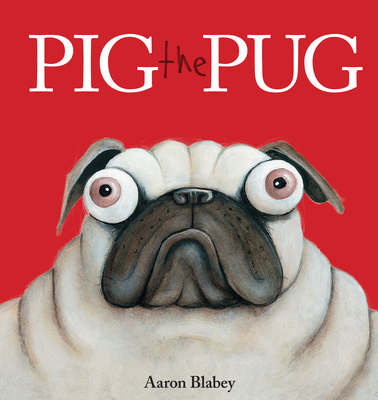 A hilarious book about learning to share from the much loved, awarding winning author and illustrator Aaron Blabey.Pig is a greedy and selfish Pug. He has all the bouncy balls, bones, and chew toys a dog could ever want yet he refuses to share with his poor friend, Trevor. Little does he know, however, that being greedy has its consquences. Join Pig as he learns to share - the hard way!Young readers will love the irresistbly quirky and funny illustrations that are paired with a relatable lesson of learning to share with others. For dog and pet lovers everywhere.

AARON BLABEY has written many well-loved, bestselling books for children. He is the creator of three hugely successful series for children — the New York Times bestselling The Bad Guys (Les méchants), Pig the Pug (Carlos le carlin), and Thelma the Unicorn (Thelma la licorne). The Bad Guys movie released in 2022. It was produced by DreamWorks Animation with Aaron serving as an executive producer on the project.