Under Currents: A Novel (Mass Market) 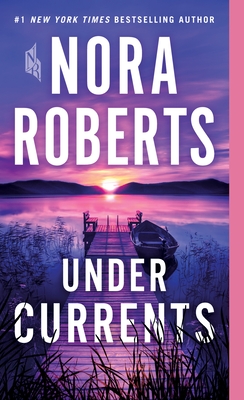 “I know Nora Roberts is a prolific author with many titles under her belt, but every time I pick up a new one it’s pure magic, and Under Currents was no different. I love how Nora didn’t pull her punches during the hard moments and tough times, but the novel was still beautifully balanced with the sweet romance that developed. Without a doubt, Under Currents is a new Nora Roberts favorite. Whether they are old fans or new, I hope romance readers (and others!) will give this book a try. They won’t be disappointed.”
— Kimberly Huynh, Blue Bunny Books and Toys, Dedham, MA

From #1 New York Times bestselling author Nora Roberts, Under Currents is a novel about the power of family to harm—and to heal.

For both Zane and Darby, their small town roots hold a terrible secret. Now, decades later, they've come together to build a new life. But will the past set them free or pull them under?

Inside a pristine home in North Carolina's Blue Ridge Mountains, Zane Bigelow has learned to keep secrets. Strangers see his parents as a successful surgeon and his stylish wife, proud of their children. Only Zane and his sister know the terrible truth.

Dominated by his father's rages--and his mother's complicity--Zane fears for his and little Britt's lives. Still he maintains the insidious lie that all is fine, while scribbling his real thoughts in a secret journal he must carefully hide away.

Now, as a grown man struggling to build a new life, Zane will find that while his past may always shadow him, it will also show him that love and goodness can triumph--and give him strength to draw on when he once again must stand up and defend himself and the woman he loves.

NORA ROBERTS is the #1 New York Times bestselling author of more than 200 novels, including Legacy, The Awakening, Hideaway, Under Currents, The Chronicles of The One trilogy, and many more. She is also the author of the bestselling In Death series written under the pen name J.D. Robb. There are more than 500 million copies of her books in print.