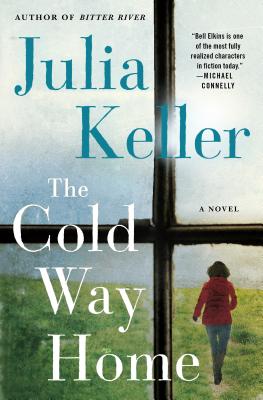 This is book number 8 in the Bell Elkins Novels series.

"[An] emotion-charged mystery.... Keller's sleuths are easy to like and the murder story is moving; but the object of fascination here is Wellwood, a state-run mental institution with a dark history as a repository for 'rebellious, unruly women.'" —The New York Times Book Review

Pulitzer Prize-winning author Julia Keller welcomes readers back to West Virginia, where her lyrical and moving stories of the people of her native state have unfolded since A Killing in the Hills, the acclaimed first novel in the series.

Deep in the woods just outside Acker's Gap, West Virginia, rises a ragged chunk of what was once a high stone wall. This is all that remains of Wellwood, a psychiatric hospital for the poor that burned to the ground decades ago. And it is here that Bell Elkins – prosecutor turned private investigator – makes a grim discovery while searching for a missing teenager: A dead body, marred by a ghastly wound that can only mean murder.

To solve the mystery of what happened in these woods where she played as a child, Bell and her partners – former sheriff Nick Fogelsong and former deputy Jake Oakes – must confront the tangled history of Wellwood and its dark legacy, while each grapples with a private torment. Based on a true chapter in the troubled history of early treatment for psychiatric illness, The Cold Way Home is a story of death and life, of despair and hope, of crime and – sometimes, but not always – punishment.

Julia Keller, winner of the Pulitzer Prize and former cultural critic at the Chicago Tribune, is the author of many books for adults and young readers, including A Killing in the Hills, the first book in the Bell Elkins series and winner of the Barry Award for Best First Novel (2013); Back Home; and The Dark Intercept. Keller has a Ph.D. in English literature from Ohio State and was awarded Harvard University’s Nieman Fellowship. She was born in West Virginia and lives in Ohio.

"A heartbreaking blues song of a novel, employing beauty to evoke despair while reminding readers that even in the darkest of days, there might also be light."—Associated Press

“Keller's Bell Elkins series sets a standard for its evocation of place and for the sensitive portrayals of its characters, with Bell the most masterfully drawn of all. This is introspective, literary crime fiction at its best.” — Booklist (starred review)

“This is a strong addition to the series that can easily be read as a standalone.” —Publishers Weekly