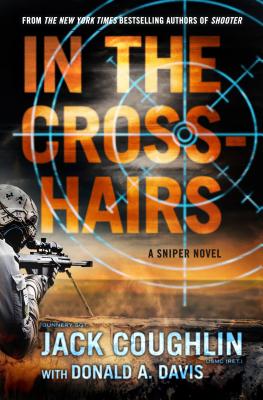 By Sgt. Jack Coughlin
Email or call for price.
Not Available at This Time

This is book number 10 in the Kyle Swanson Sniper Novels series.

The Central Intelligence Agency is under attack, and so is its top field operative, Kyle Swanson. The highly decorated former Marine Corps gunnery sergeant is attending the funeral of a friend when a terrorist blows up the grave. A week later, he narrowly survives a grenade attack in Berlin. In Washington, Congress is being told that Swanson has been turned, his private employer is corrupt, and the Agency itself cannot be trusted. Swanson is assigned to find the root of the problem and is partnered up with Luke Gibson, a skilled operative rated as being almost as good as Swanson.

They are looking for assassin Nicky Marks, who also was a CIA shooter but now works for a shadowy power broker known as The Prince. But before Kyle and Luke can eliminate the threat, they must identify and find the man who wants them dead. That takes them from the pink poppy fields of Afghanistan to the jungles of Southeast Asia and the streets of America as they learn that the Prince is the ruthless kingpin of a global drug empire that uses CIA planes to transport opium and heroin. Swanson also lines up a secret partner, the beautiful widow of his friend whose grave was desecrated in Mexico, the sharpshooting former commando Beth Ledford, who has her own agenda of pure retribution. Kyle Swanson, at the worst possible moment in a combat showdown, must decide: Do you trust your partner, and if so, which one?