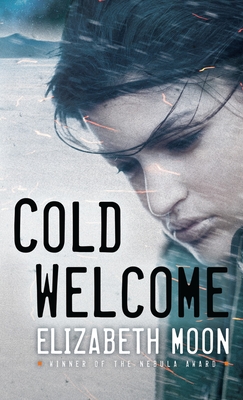 By Elizabeth Moon
$8.99
Email or call for price.

After nearly a decade away, Nebula Award–winning author Elizabeth Moon makes a triumphant return to science fiction with this installment in a thrilling new series featuring the daring hero of her acclaimed Vatta’s War sequence.

Summoned to the home planet of her family’s business empire, space-fleet commander Kylara Vatta is told to expect a hero’s welcome. But instead she is thrown into danger unlike any other she has faced and finds herself isolated, unable to communicate with the outside world, commanding a motley group of unfamiliar troops, and struggling day by day to survive in a deadly environment with sabotaged gear. Only her undeniable talent for command can give her ragtag band a fighting chance.

Yet even as Ky leads her team from one crisis to another, her family and friends refuse to give up hope, endeavoring to mount a rescue from halfway around the planet—a task that is complicated as Ky and her supporters find secrets others will kill to protect: a conspiracy infecting both government and military that threatens not only her own group’s survival but her entire home planet.

Elizabeth Moon grew up on the Texas border, served three years of active duty in the USMC (1968–71), and now lives with her husband, also a veteran, near Austin, Texas. She has published more than twenty-five novels, including Nebula Award winner The Speed of Dark, Hugo finalist Remnant Population, and the enduring epic fantasy series The Chronicles of Paksenarrion. She has published more than fifty short-fiction pieces in anthologies and magazines and in four of her own short-fiction collections, most recently Moon Flights and Deeds of Honor. When not writing, Moon enjoys photographing native plants and wildlife, knitting socks, and cooking.

“A mix of space opera, military science fiction and human drama, this is an exciting and often touching novel.”—RT Book Reviews

“Moon has created a richly imagined universe of different cultures, replete with intriguing characters and the sense of unlimited possibility that characterizes the most appealing science fiction.”—School Library Journal