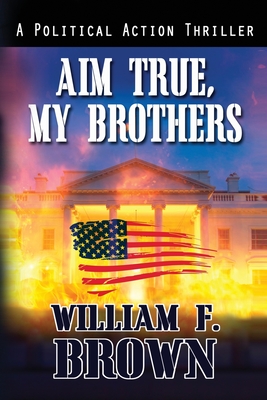 A shadowy Hamas legend is on a blood hunt, and his target is no less than the President of the United States.

With years of combat experience in the rocky deserts of Iraq and the mountains of Afghanistan, Mohammed Al-Bari has battled the best Special Ops troops America has to offer. But when his two brothers die in a bloody assault on a civilian bus in Israel, he takes his private war to the heart of America itself.

Smart, skilled, and determined, he is a rogue lone-wolf ─ the FBI and Secret Service's worst nightmare. When he strikes, he will unleash a firestorm that will decapitate the US government and kill dozens of international leaders on national television.

The only thing that stands in his way is an ad hoc group of counter-terror specialists: Eddie Barnett, a maverick FBI agent who has never met a rule he can't break; Moustapha Khalidi, the dapper Chief of Security at the Egyptian Embassy; and Rachel Ullman, a hard-edged, Israeli Mossad agent who is fighting demons of her own.

From the White House to Newark New Jersey, from Beirut to Tel-Aviv, and to the grassy fields of an old Colonial Battlefield in Virginia, can their dysfunctional alliance hold together long enough to stop Al-Bari before they kill each other.

Knowing the 'who' Al-Bari is after is not enough. To stop him, they need to figure out the where, and most importantly, the how he will strike. The pace is fast, the action nonstop, and the clock is ticking.

Looking for a good beach book or something to curl up with in front of the fire? This fast-moving conspiracy thriller is from the author of Burke's Gamble, Burke's War, The Undertaker, Amongst My Enemies, Thursday at Noon, and Aim True, My Brothers, with over 500 Kindle 5-Star Reviews. Enjoy