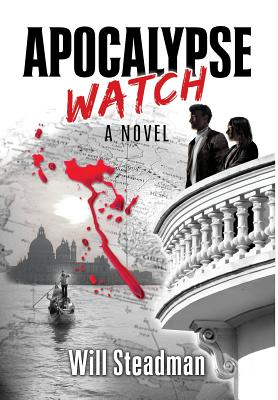 Somewhere in the world, there's a functional nuclear warhead that's been lost to rogues--and if Brandt Swindon and the CIA team don't disarm it in time, it could jump-start Armageddon.

Brandt Swindon left a lot behind when he sold his company after his wife succumbed to cancer. He left behind the life they had shared. He left behind any potential for a new love. He left behind his former Top Secret work as a soldier. Now, back in action as Europe's loneliest tour guide, Brandt is forced to think back to his life before it fell apart. In the 1980s, he was responsible for coding fail-safe locks into nuclear warheads. Since then, a warhead has been stolen, and he's one of the few that could get past his own coding. There are people willing to kill for that information, and Brandt has a target painted on his back. The only way out of the danger is to find the bomb thieves first. At his side is the CIA Chief of Europe and old friend Deke and his new body guard Casey. Casey is a whip-smart CIA agent and self-defense expert who likes Brandt a little more than she lets on, but Brandt can't imagine starting a new relationship. Before he can worry about a first date, the two must hunt down the terrorists and stop them before they unleash hell on earth.