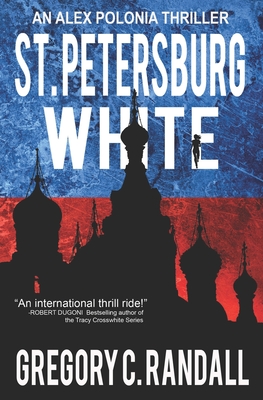 This is book number 3 in the Alex Polonia Thriller series.

Moscow schemes as Iowa burns. Once again Alex Polonia must travel to a region of the world where governments play dice with the lives of their citizens. Everything is connected now. A disease in a remote village becomes widespread contagion. A trigger is pulled, and bombs drop half a world away. A computer program is activated and encrypted data kills hundreds. A war game becomes reality.Alex Polonia, security specialist with Teton Security and Defense, is handed a new operation by her boss. Go to St. Petersburg, Russia, and find the man who claims he knows what happened in Iowa. Once Alex steps off the Allegro express train at the Finlyandsky Railroad Station in St. Petersburg, a complicated and dangerous cascade of events force her to flee with the man and his twin autistic boys who hold the answer to the question: Who set fire to an American town that killed 150 people? The chase begins in Iowa, crosses a third of the world to the Baltic Sea, goes from Helsinki to St. Petersburg, then on to Stockholm and Estonia. Alex must stay one step ahead of the Russian FSB who will not stop until she is caught. How long can she survive? And what secrets do the twins carry that are almost impossible to learn? Lives are at stake; failure is not an option. This is the third book in the Alex Polonia thriller series. Look for Venice Black and Saigon Red on Amazon.