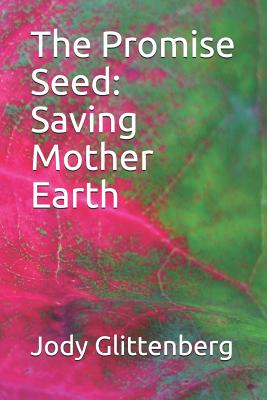 "The Promise Seed" is a love story---love of family---love of God/The Great Spirit---love of the land. It is an historic fiction that traces the lives of five generations of pioneers on the Great American Desert. . . prairie land in northeastern Colorado. The Iowan Schultz family tries their luck with 320 acres of land due to the 1909 Extended Homestead Act. Challenged by brutal summers and hard winters the courageous homesteaders plow the barren prairie untouched by hills, rivers, or trees. Lives are shattered by hailstorms, tornadoes, and prairies fires. The first years they live underground in 'dugouts' along with spiders and snakes. An Ancient Cheyenne/Scottish Spiritual Leader Red Sun in Hair (or Old Timer) and a German/French old grandfather, Papa Paul, a seed expert, unite their knowledge and friendship to teach the newcomers a way of farming that saves the land. A Covenant with God/The Great Spirit is renewed each March 21st to thank the land and promise to care for it. Papa Paul sorts seeds for the very best and saves them as the 'seed crop': The Promise Seed. The family encounters evil, dishonest people as well as historical events like The Sand Creek Massacre, The Dust Bowl, The Great Depression, and World War II. Yet, they survive to build sustainable fields that feed the world. Widow Rose, a trained, talented violinist has to overcome so many losses yet she remains feisty, brave, resourceful. Driving her Black Ford to Denver (on her own) Rose becomes a leader in women's suffrage in Colorado. A love triangle erupts between Will, the older and Hank, the young brother as both fall in love with an immigrant from Denmark. Julie, a talented, beautiful orphan falls in love with Will. Hank vows to get even with his brother, Will. Hank marries a (supposedly) rich widow, and they develop a plot to gain control of the whole homestead. This plot involves the District Attorney, also an evil man. Plotting continues as Hank illegally gains ownership. A mysterious death occurs, but the grave cannot contain a secret. Will and Julie's four children show the Promise Seed through their inherited talents of music, art, healing, and leadership. Their organic farms still thrive now over one hundred years. Today the family still blesses the land, remembering the Covenant made many years ago. The wind still blows and the Red Arrow of Cheyenne Revenge still remains in the sod wall of the Homestead shed. Hank dies in an accident. Most believe it is not an accident but the mystery remains unsolved. Brother, Will, finally understands the link between Hank's death and the Red Arrow of Revenge. The ending leaves the reader engaged in new thinking and dedication to environmental conservation and honoring Mother Nature.

Jody Glittenberg retired as a Professor Emerita in Nursing, Anthropology, and Psychiatry. She authored several award winning books in nursing and anthropology. Her leadership role in nursing is recognized in her professorships at the U. of Colorado, U. of Illinois, Chicago. University of North Carolina, Chapel Hill, and U. of Arizona, Tucson. She is a member of the American Academy of Nursing, a Fellow in the Society for Anthropology, a Transcultural Nursing Scholar and recipient of the first Leininger Award in transcultural nursing. Jody has been a leader in bringing issues of mental illness to the public. Her role as Director of the Violence, Intervention, and Prevention (VIP) Center at the U. of Colorado, Colorado Springs involved research on recidivism in prisons and addressing rape in prison. Her work around the world in teaching psychiatric nursing was especially recognized in the Peoples'Republic of China, Papua New Guinea, and Australia. Jody's role in fostering anthropologic studies at the NIH was especially important in introducing the value of qualitative studies in all research studies. She also was a consultant to the CDC on use of ethnography in applied research study. Dr. Glittenberg was a member of the Advisory Board (1998-2002) Fogarty International Center at the NIH She also was part of the establishment of the first WHO Collaborating Center for Primary Nursing, U of IllChicago and the Collaborating Center for Board Health, U of Az.Tucson. Dr. Glittenberg was the Acting Regional Advisor for Nursing in the Western Pacific Region, Manila and a Visiting Professor at Queensland Institute, Brisbane, and Melborne Institute, Melborne, Australia. She was on the Selection Committee for the Barbara Chester Award for clinical work dealing with torture. This is an international Hopi advocacy foundation against torture Several of Dr. Glittenberg's writings have become classics in anthropology and in nursing: co-authored "Out of Uniform and Into Trouble (1972 Mosby) co- authored."The Biocultual Basis of Health)1987 Waveland Press. single author "To the Mountain and Back" (1994 Waveland Press). and "Violence and Hope in a US BorderTown" (2008 Waveland Press) Jody is married to Joel Hinrichs of Centennail Colo. They have a mix of seven children, 10 grandkids and one great grandson. They are writers and musicians bent on bringing social justice to the world.