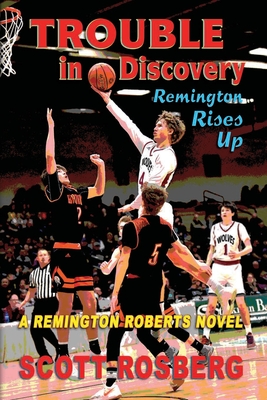 Remington Roberts is back for his senior year as point guard for the Sacajawea High basketball team in Discovery, Montana. The Wolves have one major goal-win a state championship To do this, they'll have to work harder than they've ever worked before. When Connor McDonald, a 6' 6" junior from Oakland, California shows up, their odds of winning it all improve greatly. Connor is the puzzle piece that the Wolves lack-a strong post player who complements Remington's incredible shooting, passing, and ball-handling skills. They could become the best 1-2 punch in the state. But Connor doesn't want to be there. He thinks he's too good for Discovery. He starts hanging out with the wrong crowd and doing less of the hard work necessary for success. Coach Del Brooks, feeling the pressure to win a state championship, has trouble on his hands. Does he follow his own rules and do the right thing, or should he look the other way when it comes to Connor, so he can finally win the state championship he so desperately wants? At the same time, Remington and Jenny Jones have become closer than just friends and it is affecting his focus. The direction their relationship is going could impact the season, their college plans, and quite possibly, the rest of their lives. Will Connor's attitude and behavior derail the entire season, stopping the Wolves from achieving their goal? Will Coach Brooks do the right thing while keeping the team on their path toward victory? Will Remington have to sacrifice his relationship with Jenny in order to achieve his dreams? Follow along as they all make their way through this season unlike any other in Book 2 of the Remington Roberts Series Special on Ultimate Team Player
Right now I am running a special on Book #1 in the Remington Roberts Series, Ultimate Team Player, for anyone who wants to get caught up on the action leading up to the second book. The price is $9.99 for the paperback and $.99 for the eBook