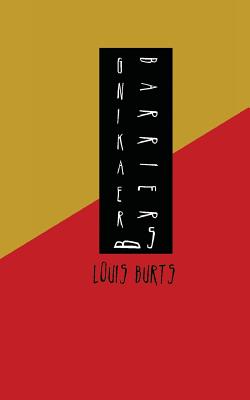 This is book number 8 in the Young Writers Chapbook series.

Think you've read it all before? Think again It's time for bold visions and fresh new perspectives. Continuing the long history of the chapbook as the launching platform for new literary voices, VerbalEyze Press is proud to bring you a fresh new voice in the Young Writers Chapbook Series. Louis Burts elevates the craft of words to a whole new level. His perspectives and insights will amaze you with their poignancy and artfulness. Read tomorrow's literary figures today.

Louis Burts started writing while he was in 5th grade. He was inspired by the Disney movie, "Let it Shine," where a young man goes from being shy to performing for thousands of people. This premise gave Louis the confidence to express himself. He began to --slowly, but surely--show everybody who he really is. He enjoys spending time with his family, reading, and writing for fun. He loves the Diary of a Wimpy Kid series and enjoys watching the avant-garde shows on Cartoon Network like the Regular Show and Amazing World of Gumball. Louis happily resides with his mother and two sisters in Atlanta, Georgia where he writes, learns, and inspires.