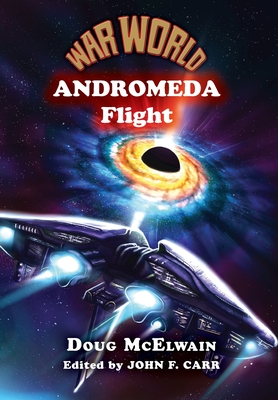 War World: Andromeda Flight is a new War World novel by Doug McElwain, which takes place as the First Empire begins to collapse under the Sauron Coalition of Succession's relentless attacks on the worlds of the First Empire of Man. Emperor Lysander V, worries that the Empire of man is losing the war against Sauron and the Secessionists. He conceives of a fallback strategy; a dangerous plan to use the predicted Betelgeuse supernova to make an interstellar Jump to the Andromeda galaxy. The only place where the Empire can safely plant a colony outside the reach of the Sauron Supermen and their goal of enslaving mankind.

War World: Andromeda Flight tells the stories of these brave explorers and their odyssey into the unknown.