A Child in Prison Camp (Paperback) 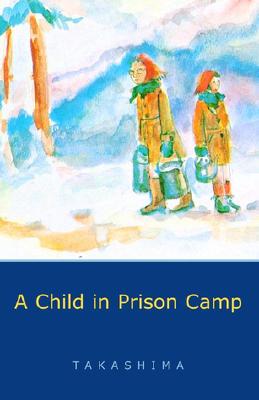 By Shizuye Takashima
$10.95
Email or call for price.

When Shizuye Takashima, “Shichan” as she was called, was eleven years old, her entire world changed forever. As a Japanese-Canadian in 1941, she was among thousands of people forced from their homes and sent to live in internment camps in the Canadian Rockies. Although none had been convicted of any crime, they were considered the enemy because the country was at war with Japan. In this true story of sadness and joy, Shichan recalls her life in the days leading up to her family’s forced movement to the camp, her fear, anger, and frustration as the war drags on, and the surprising joys in the camp: a Kabuki play, holiday celebrations, and the ever-present beauty of the stars.

Artist Shichan Takashima was eleven years old during World War II when she and her family along with 22,000 other Canadians of Japanese origin were removed from their homes on the west coast of Canada and sent to internment camps in the interior. She would spend the next three years there and the memory of that bewildering time remained so real to her that thirty years later she could reproduce it in words and paintings of remarkable vividness.

“A fascinating account…of a particular moment in the relationship between two cultures.”
– Emergency Librarian

“A poignant and beautiful little book. In a simple text and a series of striking watercolors [Takashima] presents a haunting record of [the Japanese internment.]”
– San Francisco Chronicle