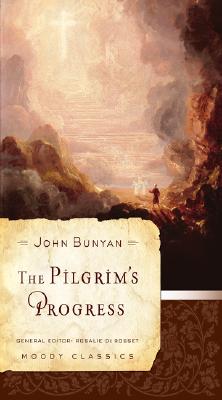 This is not a devotional classic; it is a dangerous tale.

One of the most widely read books of all time, this adventure reveals John Bunyan's intense grasp of the Scriptures. Penned while in prison for refusing to compromise the gospel, The Pilgrim's Progress is a guide for the journey from death to life. The times have changed, but the landmarks and adversaries are very much the same.

The Pilgrim's Progress is a call to the high stakes of every Christian's journey. Don't pick it up expecting quaint amusement; it is a story of the undeniable truth, great cost, and overwhelming joy of the gospel.

Note on the Moody Classics series:
Many factors influence our spiritual growth and development, and Christian classics play a key role. Learning from those who have walked the path and fought the fight brings wisdom and strengthens resolve. And hearing the familiar chords of kingdom living sung by voices from other times can penetrate cultural barriers that limit our allegiance to the King. To this end, Moody Publishers is honored to build an ongoing series of spiritual classics. Selected for their enduring influence and timeless perspective, these new editions promise to shape the lives of spiritual pilgrims for generations to come.

JOHN BUNYAN (1628-1688) was a Puritan preacher and writer in England. Bunyan had very little schooling. He followed his father in the tinker's trade, and served in the parliamentary army from 1644 to 1647. In 1655, Bunyan became a deacon and began preaching. He experienced marked success from the start and was the pastor of the Bedford church.

Bunyan is the author of The Pilgrim's Progress which he wrote in 1676 while imprisoned for preaching without a license. His numerous other titles include Grace Abounding to the Chief of Sinners and Holy War.