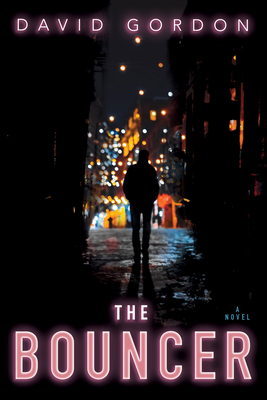 By David Gordon
Email or call for price.
Not Available at This Time

In David Gordon's diabolically imaginative new thriller, The Bouncer, nothing and no one is as expected--from a vial of yellow fragrance to a gangster who moonlights in women's clothes.

Joe Brody is just your average Dostoevsky-reading, Harvard-expelled strip club bouncer who has a highly classified military history and whose best friend from Catholic school happens to be head mafioso Gio Caprisi. FBI agent Donna Zamora, the best shot in her class at Quantico, is a single mother stuck at a desk manning the hotline. Their storylines intersect over a tip from a cokehead that leads to a crackdown on Gio's strip joint in Queens and Joe's arrest--just one piece of a city-wide sweep aimed at flushing out anyone who might have a lead on the various terrorists whose photos are hanging on the wall under Most Wanted. Outside the jailhouse, the Fed and the bouncer lock eyes, as Gordon launches them both headlong into a nonstop plot that goes from back-road gun show intervention to high-stakes perfume heist and manages to touch everyone from the CIA to the Flushing Triads. Beneath it all lurks a sinister criminal mastermind whose manipulations could cause chaos on a massively violent scale.

For readers who like a heavy dose of fun with their murder, this is crime fiction at its freshest, from a virtuoso of the "darkly comic, stylish literary thriller" (Associated Press).

David Gordon holds an MA in English and Comparative Literature and an MFA in Writing, both from Columbia University, and has worked in film, fashion, publishing and pornography. He is the author of The Serialist, which won the VCU/Cabell First Novel Award and was a finalist for an Edgar Award, and Mystery Girl, as well as a short story collection, White Tiger on Snow Mountain. His work has appeared in the Paris Review, the New York Times, and the Los Angeles Review of Books, among other publications. He was born and lives in New York City.