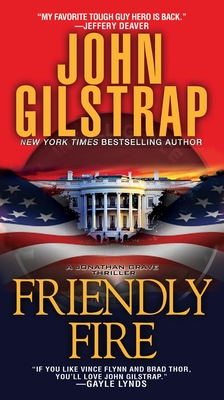 By John Gilstrap
$9.99
Email or call for price.

This is book number 8 in the A Jonathan Grave Thriller series.

"Will leave you breathless." --Harlan Coben

"When you pick up a Gilstrap novel, one thing is always true--you are going to be entertained at a high rate of speed." --Suspense Magazine

It begins with a shocking act of vengeance. Barista Ethan Falk chases a customer into the parking lot and kills him. He tells police that years ago the older man abducted and tortured him. Then Ethan's story takes an even stranger turn: he says he was rescued by a guy named Scorpion. Of course, there is no record of either the kidnapping or the rescue, because Scorpion--Jonathan Grave--operates outside the law and leaves no evidence.

As Grave struggles to find a way to defend his former precious cargo without blowing his cover, he learns the dead man has secrets that trace to an ongoing terrorist plot against the heart of America. It's up to Grave and his team to stop it. But first they must rescue Ethan Falk--a second time.