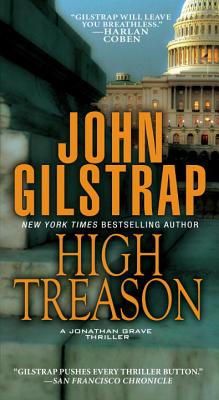 By John Gilstrap
$9.99
Email or call for price.

This is book number 5 in the A Jonathan Grave Thriller series.

"Gilstrap will leave you breathless."--Harlan Coben

First Lady Anna Darmond has been kidnapped in a bloody gunfight. It's an unthinkable crime that, if revealed, could cause public panic, so hostage rescue specialist Jonathan Grave and his team must operate in absolute secrecy. But the mission is not all it seems. There are shadows in Mrs. Darmond's past. Cracks in the presidential marriage. Leaks in the country's critical shields of security. As Grave tracks the missing First Lady through a labyrinth of lies and murder, he confronts a traitor at the highest level of Washington power--and a devastating scheme to bring a nation to its knees. . .

"One of the finest thriller writers on the planet." --Tess Gerritsen

"If you like Vince Flynn and Brad Thor, you'll love John Gilstrap."--Gayle Lynds