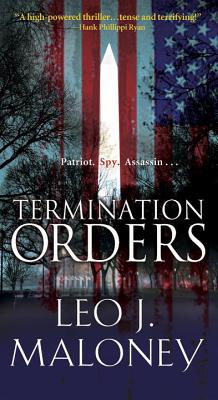 This is book number 1 in the A Dan Morgan Thriller series.

In this explosive novel of world-class suspense, former Black Ops veteran Leo J. Maloney traces a lethal conspiracy from the frontlines of battle to the backrooms of Washington to a single assassin's bullet. . .

Once a trained killer for the CIA, Dan Morgan has built a new life for himself. But when he receives a desperate plea from his former Black Ops partner--reportedly killed in a foreign battle zone--he flies to help. It should be a routine mission, extracting a human asset from the region. But it's not routine; it's an ambush. Now Morgan is running for his life, holding crucial evidence. With his contacts dead and family in danger, Morgan must take on a full-scale conspiracy in the highest echelons of a vast global network that plays by its own rules--when it suits them.

For Dan Morgan, it's about to come to an end in Washington, D.C., on a national stage, in the crosshairs of a killer. . .

"A must-read thriller of torture, assassination, and double agents, where nothing is as it seems." --Jon Renaud, author of Dereliction Duty

"An outstanding thriller that rings with authenticity."
--John Gilstrap

While Leo J. Maloney was serving in the army in 1966, he was recruited by a United States government clandestine agency and received highly specialized Black Ops training. Among his assignments in the decades that followed were asset extraction, espionage, and numerous missions still too secret to divulge. Now retired, he lives in the Boston area. To learn more, please visit leojmaloney.com.