The Sum of All Shadows (The Testament Series #4) (Mass Market) 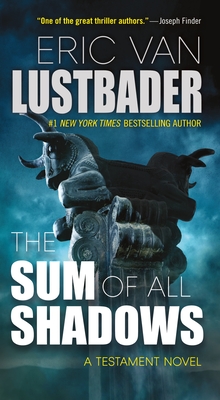 This is book number 4 in the The Testament Series series.

The final battle is here.

For millennia, Lucifer—the Sum of All Shadows—has been rebuilding his influence. At long last, he is ready to enact his ultimate revenge against Heaven. To do that, he must first annihilate the world and its inhabitants.

Standing in his way is one extraordinary family: the Shaws.

To save the world, Bravo and Emma Shaw have recovered the lost Testament, battled across continents, and fought adversaries both powerful and terrifying. But nothing that has come before can prepare them for the Final Battle. As predicted centuries ago, the End Times has arrived. Lucifer, heading an infernal army, means to destroy the Shaws once and for all. Now, racing to find the lost treasure of King Solomon’s alchemical gold, Bravo and Emma must put their trust in strangers in strange lands.

But even if they are successful, their lives may still be forfeit…

"Sensational...ancient intrigue and modern action prove that the future of the thriller lies in the past."—Lee Child

"One of the great thriller authors."—Joseph Finder

"A master who knows how to manipulate the reader in fiendishly exciting ways."—Steve Berry

"Rarely have I read a book that grabs you so fast in the opening scene, then keeps up the pace until the very last page."—Jeffery Deaver on First Daughter

"A terrific story, swift-moving and thought-provoking, but told with a depth and tenderness that will last long after you have closed the final page."—Anne Perry, New York Times bestselling author on Last Snow