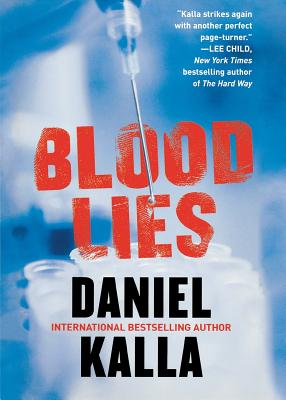 Ben Dafoe, a young emergency-room doctor and part-time crime-scene consultant for the Seattle Police Department, is haunted by addiction. Two years earlier, a cocaine and crystal-meth habit claimed the life of his identical twin, Aaron. Now Ben walks onto the scene of a savage stabbing to find that the victim is his former fiancée, Emily Kenmore-another loved one who fell prey to drugs. Part of the carnage in Emily's bedroom is a single streak of blood caked on the wall.

When the DNA from that sample matches Ben's, he becomes the prime suspect.

Convinced his identical twin is still alive and somehow involved in Emily's death, Ben goes on the run, aiming to find Aaron. Working under an assumed identity at an inner-city clinic, Ben desperately searches for Aaron while playing cat-and-mouse with the authorities.

But someone is determined to thwart his hunt at any cost. In the story's final twist, the truth hits closer to home and more lethally than Ben ever imagined.

Set against the backdrop of the ER, Blood Lies is a medical thriller and a Fugitive-style suspense novel with a major twist. As Ben struggles to solve a tragic mystery from his past and clear his name, he might just learn that, sometimes, blood lies. . . .

Daniel Kalla is the international bestselling author of Pandemic, Resistance, Rage Therapy, Blood Lies, Cold Plague, and Of Flesh and Blood. His books have been translated into eleven languages. Two novels have been optioned for film. Kalla practices emergency medicine in Vancouver, British Columbia, where he lives with his family.

“A taut psychological thriller that will pull you into a world of sexual deviancy, murder, and mind games. A very good read.” —Nelson DeMille, New York Times bestselling author, on Rage Therapy

“Michael Crichton ought to be looking over his shoulder. He has some serious competition in Kalla.” —The Chronicle-Herald

“Resistance will take you on a roller-coaster ride you'll never forget. The science is fascinating, and the suspense nail-biting. Watch out, Robin Cook. A new master of the medical thriller has arrived.” —Gayle Lynds, New York Times bestselling author of The Last Spymaster