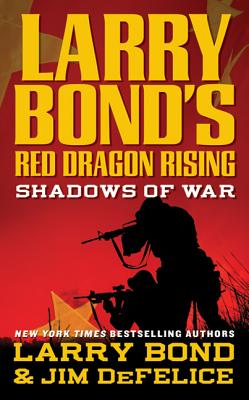 This is book number 1 in the Red Dragon Rising series.

In book one of this four-book series, rapid climate change leads to mass riots in China, and a new communist premier seeks to relieve pressure by marching on traditional Chinese enemies in Southeast Asia. Desperately coping with its own problems, the United States wants to avoid nuclear war at all costs--but ultimately must fight to preserve world peace.

“The techno-thriller has a new ace and his name is Larry Bond.” —Tom Clancy, bestselling author of The Teeth of the Tiger


“Action on every page. Maybe in every paragraph.” —Kirkus Reviews on Larry Bond's First Team: Angels of Wrath