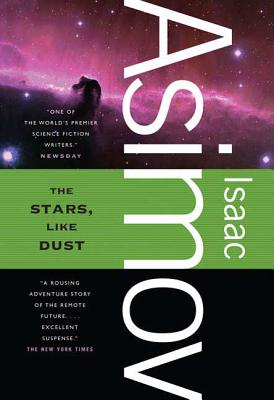 Biron Farrell was young and naïve, but he was growing up fast. A radiation bomb planted in his dorm room changed him from an innocent student at the University of Earth to a marked man, fleeing desperately from an unknown assassin.

He soon discovers that, many light-years away, his father, the highly respected Rancher of Widemos, has been murdered. Stunned, grief-stricken, and outraged, Biron is determined to uncover the reasons behind his father's death, and becomes entangled in an intricate saga of rebellion, political intrigue, and espionage.

The mystery takes him deep into space where he finds himself in a relentless struggle with the power-mad despots of Tyrann. Now it is not just a case of life or death for Biron, but a question of freedom for the galaxy.

“This little novel will transport you back to a simpler time, when story lines we are jaded towards today were fresh and intoxicating, and that gosh-wow! sense of wonder covered science fiction like a layer of fine, gold dust.” —SFReviews.net

Isaac Asimov, author of the Foundation trilogy and many other novels, was one of the great SF writers of the 20th century, and his hundreds of books introduced many thousands of readers to science fiction. Born in Brooklyn, he lived in Boston and in New York City for most of his life.

“Science fiction on the larger scale is Isaac Asimov's specialty. The scene of his new book, a rousing adventure story of the remote future, is the Galaxy, which, with its hundreds of inhabited planets, has been taken over by a dictatorial race called, appropriately enough, the Tyranni. A small group of rebels wage a determined battle against the dictators, giving Mr. Asimov plenty of opportunities to plot those involved and subtle twists for which he is known. Its clear writing and excellent suspense make this book a welcome addition to the science fiction lists.” —The New York Times

“This little novel will transport you back to a simpler time, when story lines we are jaded towards today were fresh and intoxicating, and that gosh-wow! sense of wonder covered science fiction like a layer of fine, gold dust.” —SFReviews.net