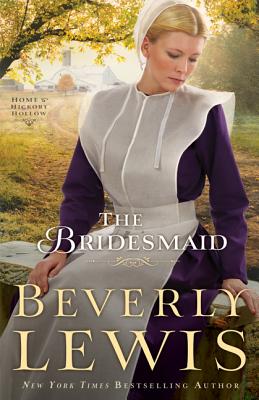 This is book number 2 in the Home to Hickory Hollow series.

The Latest in Chart-Topping Amish Fiction from Beverly Lewis

Twenty-seven-year-old Joanna Kurtz has made several trips to the altar, but never as a bride. The single young Amishwoman is a closet writer with a longing to be published something practically unheard of in her Lancaster County community. Yet Joanna's stories aren't her only secret. She also has a beau who is courting her from afar, unbeknownst even to her sister, Cora, who, though younger, seems to have suitors to spare.

Eben Troyer is a responsible young Amishman who hopes to make Joanna Kurtz his bride--if he can ever leave his parents' farm in Shipshewana, Indiana. Yet with his only brother off in the English world, intent on a military career, Eben's hopes for building a life with his dear Joanna are dimming, and patience is wearing thin. Will Joanna ever be more than a bridesmaid?

Beverly Lewis, born in the heart of Pennsylvania Dutch country, has more than 17 million books in print. Her stories have been published in 11 languages and have regularly appeared on numerous bestseller lists, including the New York Times and USA Today. The Brethren won a 2007 Christy Award for excellence in Christian fiction. Beverly and her husband, David, live in Colorado, where they enjoy hiking, biking, making music, and spending time with their family. Learn more atwww.beverlylewis.com.