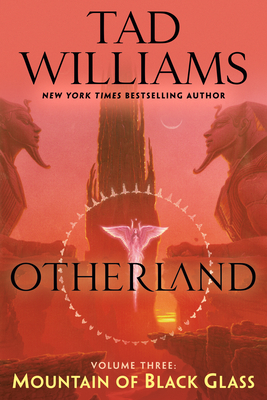 "The Grail Brotherhood has built the most powerful, sophisticated simulation network imaginable. At the same time, they have manipulated and injured the minds of thousands of children."

This proclamation from the mysterious Mr. Sellars confirmed what Renie Sulaweyo had feared to be true when she first broke into the Otherland network in a desperate search for the cause of her brother Stephen's deathlike coma.

Now Renie, the Bushman !Xabbu, and their companions find themselves navigating a treacherous and ever-changing course―from a strangely unfinished land, to a seemingly endless labyrinthine House―pursuing a sociopathic killer who has stolen one of their group.

To Renie's despair she is no closer to uncovering the secrets which could help save Stephen's life, and now it appears that something may be very wrong with the Otherland network itself.

As Paul Jonas, Orlando, Renie and the rest strive to reach Priam's Walls, in the heart of Troy, they know that their quest is running perilously short of time. For the Grail Brotherhood has finally set the date for the Ceremony when they will make their bid for the immortality, and thereby seal the fate of Earth's children forever.

But before Renie and her allies can hope to stop the Brotherhood, they must first solve the mysteries of Otherland itself, and confront its darkest secret―an entity known only as the Other.

Praise for the Otherland series:

“Tad Williams is the brightest and best of the fantasists working in what is so often, and so inaccurately, described as ‘the tradition of J.R.R. Tolkien’.” ―Neil Gaiman, author of American Gods

“Irresistible characters, challenging ideas, an intricate, and startlingly possible plot―everything any reader of SF or fantasy could ask for in a novel, with gorgeous writing besides. A dazzling book.” ―Melanie Rawn, author of Dragon Prince

“This brilliantly crafted book delivers even more than its title promises: not one other land but many come to life here, each engrossing, glittering, and dangerous. In this intricate geography of the mind Williams tells a cracking good story, but even as the suspense builds, you come to realize that you’re seeing a strangely familiar world―ours as it might come to be. Otherland is one of the best works of science fiction I’ve ever read.” ―Kathrine Kerr, author of the Dragon Mage series

“Once again, Williams displays remarkable talent in making the unbelievable seem more than plausible. The many virtual worlds he creates in Otherland offer entertainment, insights, and commentary on a near-future earth that is often downright scary simply because it seems so familiar―in a bad sort of way. The author manages to portray a callous, uncaring society that still has concerned and unselfish citizens.” ―Off The Shelf

“This is a finely-written, absorbing book, a worthy addition to what is, so far, one of the best series I’ve ever read.” ―SF Site