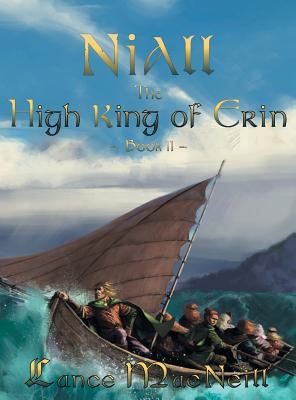 Niall, the High King of Erin is the second book in a young-reader series about legendary Irish King, Niall of the Nine Hostages. The first book in the series, Niall and the Stone of Destiny, took readers on an adventurous journey with Niall on his quest to become the High King of Ireland. In Book II, we venture beyond the Isle of Erin to discover the complex and intriguing relationships that the Irish had with their neighbors across the Irish Sea, including the Romans and the Picts.

The events depicted in this story are fictitious, yet plausible, as Niall's reign as High King coincided with the years leading up to the fall of the Roman Empire.
It's estimated that over three million people living today can trace their genetic roots back to Niall. My hope is that these tales will continue to capture the interest of the next young generation of Niall's descendants
and engage them in their Irish heritage and genealogy.