At Play in the Fields of the Lord (Paperback) 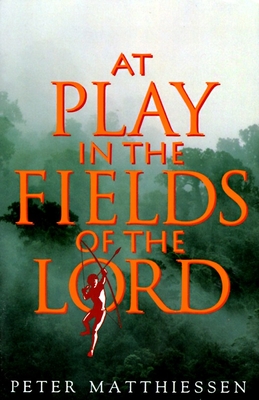 By Peter Matthiessen
Email or call for price.
Not Available at This Time

In a malarial outpost in the South American rain forest, two misplaced gringos converge and clash in this novel from the National Book Award-winning author. Martin Quarrier has come to convert the elusive Niaruna Indians to his brand of Christianity. Lewis Moon, a stateless mercenary who is himself part Indian, has come to kill them on the behalf of the local comandante. Out of this struggle Peter Matthiessen creates an electrifying moral thriller—adapted into a movie starring John Lithgow, Kathy Bates, and Tom Waits. A novel of Conradian richness, At Play in the Fields of the Lord explores both the varieties of spiritual experience and the politics of cultural genocide.

Peter Matthiessen was born in New York City in 1927 and had already begun his writing career by the time he graduated from Yale University in 1950. The following year, he was a founder of The Paris Review. His works of fiction include Shadow Country, which won the National Book Award, At Play in the Fields of the Lord, The Watson Trilogy (Killing Mister Watson, Lost Man's River, and Bone by Bone), and Far Tortuga. Matthiessen's parallel career as a naturalist and explorer has resulted in numerous widely acclaimed books of nonfiction, among them The Tree Where Man Was Born, which was nominated for the National Book Award, and The Snow Leopard, which won it. He died in 2014.

“A work approaching the highest art, of the most serious purpose.” —St. Louis Post-Dispatch

“A haunting novel. . . . A sardonic wit and a huge fund of compassion illuminate its pages.” —Newsday

“A brutal yet compassionate narrative . . . that will remain long in the reader’s mind.” —Minneapolis Star Tribune