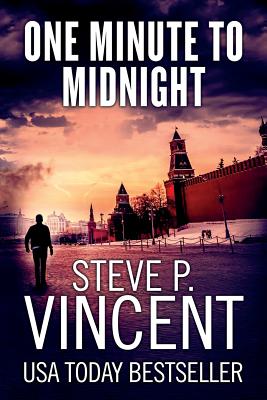 This is book number 4 in the Jack Emery series.

Seven decades hoping the bomb doesn't go off. One chance to do something about it.

Jack Emery has thrown himself into nuclear disarmament with the zeal of a man who saved the world from annihilation. He now knows that one nuclear weapon is one too many.

A Ukrainian arms dealer known only as Kharlov thinks otherwise. Though he's made a fortune from Russian incursions into eastern Europe, when Russian troops cross the border into his own country, money is the last thing on Kharlov's mind.

As Kharlov's thirst for vengeance threatens to derail the most complex nuclear disarmament negotiations ever, the President has his hands tied. He knows Kharlov can't be allowed to succeed, but he can't move to stop him either.

Jack has no such limitations...