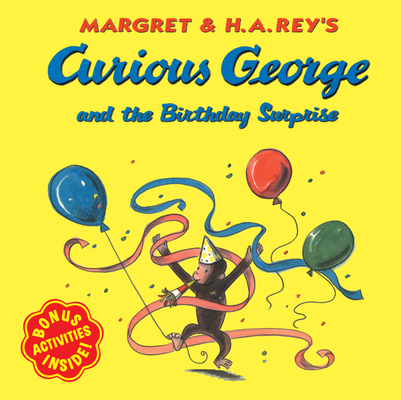 George is curious about the party supplies he finds around his house. It must be a birthday! But whose?

When the man with the yellow hat tells George that he is planning a surprise, of course George is curious. Before long George finds a hat, noisemakers, decorations, and games. It must be a birthday! But whose birthday is it? That’s the surprise! This paperback edition now includes a maze and a birthday vocabulary seek-and-find.