Nightfall and Other Stories (Paperback) 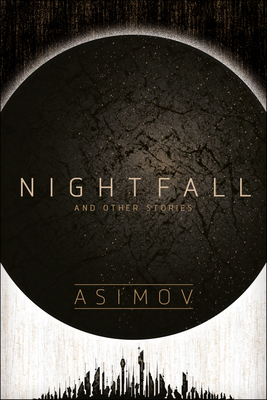 A collection of twenty classic short stories by Isaac Asimov, author of the Foundation series, featuring the definitive and only in-print version of “Nightfall”

From one of history’s most influential writers of science fiction comes this collection of twenty short works of fiction, arranged in order of publication from 1941 to 1967. Compiled by Asimov himself, who prefaced each story with an introduction, it begins with “Nightfall,” the tale of a world with eternal sun that is suddenly plunged into total darkness and utter madness. Published when the author was only twenty-one, “Nightfall” was arguably Asimov’s breakout work, making such an impression that, almost thirty years later, the Science Fiction Writers of America voted it the best science-fiction short story ever written.

The other stories in the collection span far and wide: Machines that learn to think for themselves—and direct their thoughts to overturning the establishment. The discovery that Earthlings are being destroyed by a mysterious kind of psychological virus. A day when walking outdoors becomes a sign of psychosis. And many more. Twenty stories: each riveting, each a classic.

Isaac Asimov began his Foundation series at the age of twenty-one, not realizing that it would one day be considered a cornerstone of science fiction. During his legendary career, Asimov penned over 470 books on subjects ranging from science to Shakespeare to history, though he was most loved for his award-winning science fiction sagas, which include the Robot, Galactic Empire, and Foundation series. Named a Grand Master of Science Fiction by the Science Fiction Writers of America, Asimov entertained and educated readers of all ages for close to five decades. He died, at the age of seventy-two, in April 1992.