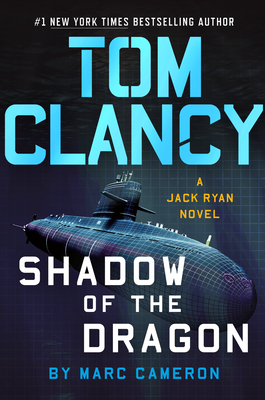 This is book number 20 in the A Jack Ryan Novel series.

A missing Chinese scientist, unexplained noises emanating from under the Arctic ice, and a possible mole in American intelligence are just some of the problems that plague President Jack Ryan in the latest entry in Tom Clancy's #1 New York Times bestselling series.

Aboard an icebreaker in the Arctic Ocean a sonar operator hears an unusual noise coming from the ocean floor. She can't isolate it and chalks the event up to an anomaly in a newly installed system.

Meanwhile, operatives with the Chinese Ministry of State Security are dealing with their own mystery--the disappearance of brilliant but eccentric scientist, Liu Wangshu. They're desperate to keep his crucial knowledge of aerospace and naval technology out of their rivals' hands.

Finding Liu is too great an opportunity for any intelligence service to pass up, but there's one more problem. A high-level Chinese mole, codenamed Surveyor, has managed to infiltrate American Intelligence. President Jack Ryan has only one choice: send John Clark and his Campus team deep into China to find an old graduate student of the professor's who may hold the key to his whereabouts. It's a dangerous gamble, but with John Clark holding the cards, Jack Ryan is all in.

A little more than thirty years ago, Tom Clancy was a Maryland insurance broker with a passion for naval history. Years before, he had been an English major at Baltimore's Loyola College and had always dreamed of writing a novel. His first effort, The Hunt for Red October, sold briskly as a result of rave reviews, then catapulted onto the New York Times bestseller list after President Reagan pronounced it "the perfect yarn." From that day forward, Clancy established himself as an undisputed master at blending exceptional realism and authenticity, intricate plotting, and razor-sharp suspense. He passed away in October 2013.

A native of Texas, Marc Cameron spent almost thirty years in law enforcement. He served as a uniformed police officer, mounted (horse patrol) officer, SWAT officer, and a U.S. Marshal. Cameron is conversant in Japanese, and travels extensively researching his New York Times-bestselling Jericho Quinn novels. Cameron's books have been nominated for both the Barry Award and the Thriller Award.