One Minute Out (Gray Man #9) (Paperback) 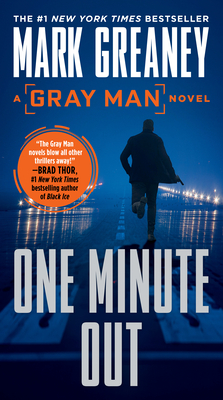 This is book number 9 in the Gray Man series.

While on a mission to Croatia, Court Gentry uncovers a human trafficking operation. The trail leads from the Balkans all the way back to Hollywood.

Court is determined to shut it down, but his CIA handlers have other plans. The criminal ringleader has actionable intelligence about a potentially devastating terrorist attack on the US. The CIA won't move until they have that intel. It's a moral balancing act with Court at the pivot point.

“[One Minute Out] cements Mark Greaney's status as a preeminent storyteller whose thrillers continue to resound on multiple levels...Court Gentry is this generation's James Bond, and his latest adventure is not to be missed.”
—Providence Journal