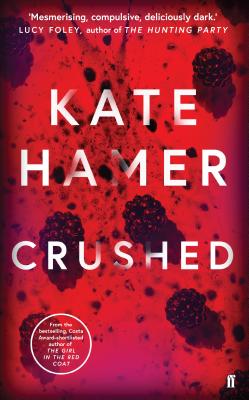 By Kate Hamer
Email or call for price.
Not Available at This Time

Phoebe stands on Pultenay Bridge trying to cover her face with her hair so she won't be recognized. Her tights are gashed from toe to thigh. She has lost a shoe. People keep looking.
Was it five, or ten minutes later she heard the commotion? Phoebe ran down the road until she saw. Mangled metal. Blood ran down the walls.
Phoebe believes this was of her making. She thought murder, and murder happened. She had told them her thoughts weren't just thoughts and now she must live with the consequences. Phoebe won't miss any more signs.
Who will be next to suffer? Phoebe directs her ire at her mother, scissors and knives all covertly pointing in her direction, but there are others to whom she is inexorably bound, her best friends Grace and Orla, and then there's Mr Jonasson. Any of them might find themselves caught in the crossfire. For Phoebe is many things, but she is not in control.

Kate Hamer grew up in the West Country and Wales. She studied art and worked for a number of years in television. In 2011 she won the Rhys Davies short-story prize and her short stories have appeared in various collections. Her debut novel The Girl in the Red Coat was published in 2015. It was shortlisted for the Costa First Novel Prize, the British Book Industry Awards Debut Fiction Book of the Year, the John Creasey (New Blood) Dagger, and the Wales Book of the Year. It was a Sunday Times bestseller and has been translated into sixteen different languages. Kate now lives with her husband in Cardiff.