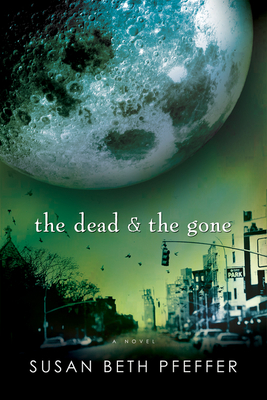 This is book number 2 in the Life As We Knew It Series series.

Best-selling author, Susan Beth Pfeffer, delivers a riveting companion to Life As We Knew It in this enthralling tale that follows seventeen-year-old Alex Morales as he fights to survive in the aftermath of apocalyptic events in New York City.

Alex Morales is an average high schooler focused on his after-school job, helping his dad out with building superintendent responsibilities, and getting good grades so he can make it into an Ivy League college. But when the moon alters its gravitational pull and catastrophic events ensue, everything changes. Now, he has to care for his younger sisters, decide whether it’s ethical to rob the dead, and keep the hope alive that their lost parents will return. Bone-chilling and harrowing, Susan Beth Pfeffer investigates what it takes to survive when the odds are stacked against you in this captivating story about sacrifice and humanity.

* "As riveting as Life as We Knew It and even grittier. . . . The powerful images and wrenching tragedies will haunt readers."—Publishers Weekly, starred review * "Everything Pfeffer writes about seems wrenchingly plausible."—Booklist, starred review "Incredibly engaging."—Kirkus Reviews —