I Survived the Destruction of Pompeii, AD 79 (I Survived #10) (Paperback) 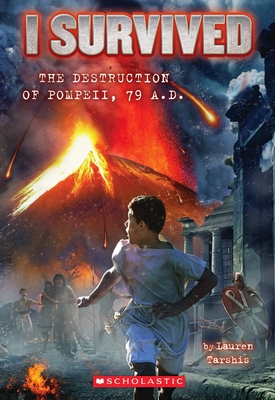 By Lauren Tarshis
$5.99
In Our Warehouse - Expected arrival in 2-5 days

This is book number 10 in the I Survived series.

The beast beneath the mountain is restless...
No one in the bustling city of Pompeii worries when the ground trembles beneath their feet. The beast under the mountain Vesuvius, high above the city, wakes up angry sometimes -- and always goes back to sleep.
But Marcus is afraid. He knows something is terribly wrong -- and his father, who trusts science more than mythical beasts, agrees. When Vesuvius explodes into a cloud of fiery ash and rocks fall from the sky like rain, will they have time to escape -- and survive the epic destruction of Pompeii?