The Invention of Hugo Cabret (CD-Audio) 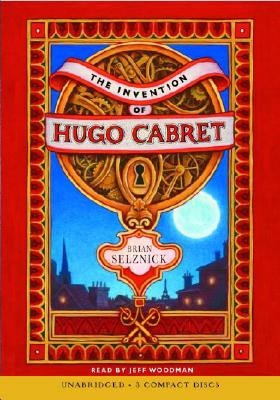 Caldecott Honor artist Brian Selznick's lavishly illustrated debut novel is a cinematic tour de force not to be missed!
ORPHAN, CLOCK KEEPER, AND THIEF, Hugo lives in the walls of a busy Paris train station, where his survival depends on secrets and anonymity. But when his world suddenly interlocks with an eccentric, bookish girl and a bitter old man who runs a toy booth in the station, Hugo's undercover life, and his most precious secret, are put in jeopardy. A cryptic drawing, a treasured notebook, a stolen key, a mechanical man, and a hidden message from Hugo's dead father form the backbone of this intricate, tender, and spellbinding mystery.

Brian Selznick's books have garnered countless accolades worldwide, and have been translated into more than 35 languages. He is the Caldecott Medal-winning creator of the #1 New York Times bestsellers The Invention of Hugo Cabret, adapted into Martin Scorsese's Oscar-winning movie Hugo; and Wonderstruck, adapted into the eponymous movie by celebrated filmmaker Todd Haynes, with a screenplay by Selznick; as well as the New York Times bestsellers The Marvels and Baby Monkey, Private Eye. Most recently, he illustrated the 20th anniversary paperback edition covers of J.K. Rowling's Harry Potter series.

Awards and Praise for The Invention of Hugo Cabret:

"If your kid loves the J.K. Rowling series, then [they are] bound to enjoyThe Invention of Hugo Cabret. . ."-- Good Housekeeping

* "Fade to black and cue the applause!"-- Kirkus, starred review

* "An original and creative integration of art and text."-- The Bulletin of the Center for Children's Books, starred review