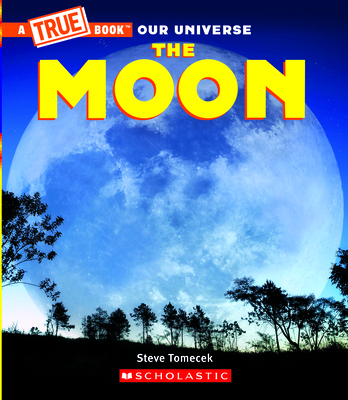 Did you know the moon is considered a natural satellite? Or that its gravity affects ocean tides on Earth? This book explores the closest celestial body to Earth and the ways in which the moon and Earth affect each other.Chapters introduce topics including the moon's origin, its makeup and phases, the first people to walk on its surface, and the moon's role in both lunar and solar eclipses.Planets and stars, moons and galaxies! The universe is a vast and mysterious place with much to explore. And there's no better way to make amazing discoveries about space than with this reimagined series. With the latest NASA imagery, the classic structure and features of A True Book, and lively text, the titles in Our Universe bring the awe of the cosmos directly to readers. Students will come away with a wealth of knowledge about the incredible celestial bodies in our universe.This series covers Next Generation Science Standards core ideas including "The Universe and its stars" and "Earth and the solar system."

Gary LaCoste began his illustration career in the toy and game industry, where his clients included Hasbro, Nickelodeon, and Lego. He has illustrated more than 25 children's books. Gary lives in western Massachusetts with his wife, Miranda, and daughter, Ashley.