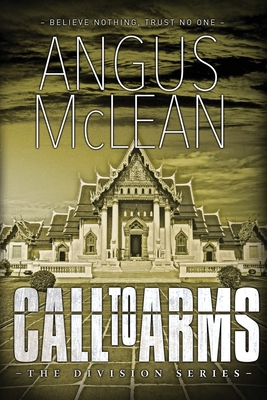 A $20 million bullion heist goes wrong and a Special Tactics team is decimated.

Domestic terrorism on NZ soil. A well-armed hit team who show no mercy. A shadowy terrorism financier known as The Pastor.

Someone needs to stop the bloodshed and there's only one option; The Division.

SAS warrior Jack Travis didn't count on being partnered with his nephew but it was Brad's team that got hit. And he wants revenge. Travis has let him down before, and it won't happen again.

Partnered with beautiful spy Susie Q, The Division team hit Thailand ready to wreak havoc. They soon cross paths with a vicious biker gang and some Special Forces operators who have lost their moral code but not their skills.

Sometimes the only way to overcome force is with more force. Negotiation is not an option. Luckily, Travis and Brad are uniquely skilled.

It's time to let the dogs out.

This is all-out action at a breakneck pace from the author of Smoke and Mirrors.

If you like Mitch Rapp, Jason Bourne or Jack Noble, you'll love The Division.