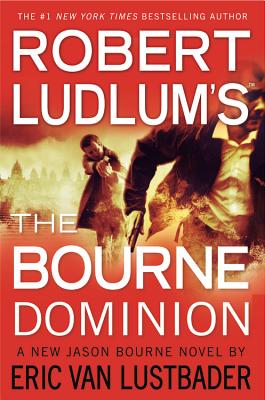 Jason Bourne is searching for an elusive cadre of terrorists planning to destroy America's most strategic natural resources-and needs the help of his longtime friend, General Boris Karpov. Karpov, the newly appointed head of Russia's most feared spy agency, FSB-2, is one of the most determined, honorable, and justice-hungry men that Bourne knows. But Karpov has made a deal with the devil. In order to remain the head of FSB-2, he must hunt down and kill Bourne.

Jason Bourne is one of the most compelling and best loved characters created by internationally bestselling novelist Robert Ludlum. The hero of eight novels, including The Bourne Identity and The Bourne Supremacy, Bourne has also been featured in three blockbuster movies starring Matt Damon. Now, New York Times bestselling author Eric Van Lustbader presents a new story about the rogue secret agent who has lost his memory.

"Thriller addicts who love intricate webs of conspiracy mixed with an adrenalin rush of action and global adventure will snap this one up."—Library Journal on The Bourne Objective

"Complicated, action-packed.... it's a testament to Lustbader's skills that he can keep everyone in place and blazing away without losing track of the ongoing plot."—PUBLISHER'S WEEKLY

"The twists, the nonstop action, and the multilayered plot that Ludlum fans expect are here in abundance. Fans of the Bourne films will eat this one up."—BOOKLIST